How To Play – Digital Games

How To Play – Baseball Windows Game

Strat-O-Matic’s award-winning baseball sim is an amazingly flexible, yet powerful, game. It combines all the strategy options of the board game, with the ease and speed of the computer. No game offers you more ways to customize play to your liking. No game offers you such a dazzling array of statistics, also tailored to suit your preferences.

Use the game’s preset lineups for each team, or create your own. Play against a human or the clever computer manager. You can play face-to-face with anyone in the world through our Netplay feature! Or let the computer play both teams in seconds to test the vast What-if potential in Strat-O-Matic computer baseball. You can even give the computer instructions on how you want your team to be managed â€œ ideal for internet leagues and season replays.

When playing the game yourself, a single keystroke commands most offensive strategy (swing away, steal, bunt, hit-and-run) and defensive strategy (set the infield depth, pitch around this hitter, hold that runner). Then watch the at-bat play out. If you love the Strat-O-Matic board game, purchase the Card Image add-on. Then tell the computer to show you the card images of batter and pitcher, which will display the result in such a way that you know the wisdom of your strategy decisions. Or you may prefer to watch the dramatic animated flight of the ball. Either way, watch it all against the colorful backdrops of every Major League stadium.

After the game, the unique Strat-O-Matic box scores can be customized to show you a score sheet, a detailed play-by-play and even a newspaper-style write-up of each game! The stat-report options for leagues, teams and individual players will satisfy even the most demanding numbers freaks.

Find out why so many gamers think Strat-O-Matic computer baseball rocks. Join thousands of them in online communities offering each other tips, memories and fellowship.

How To Play – Football Windows Game

Strat-O-Matic is such a great strategy game because you can make your decisions swiftly, but get an endless variety of results. That’s the genius of a game that tests your football IQ. It’s the pleasure of a game that entertains you with animation that matches the statistically accurate performances of real NFL players â€œ the stars and the role players.

You’ll choose your teams from the actual NFL schedule or any combination of teams from dozens of available seasons. You’ll challenge a friend at home or online (from anywhere in the world with our Netplay option!). Or take on the intuitive computer coach that keeps track of your play-calling tendencies.

Then the play-calling drama unfolds, followed by the thrills of seeing whether you have outfoxed your opponent.

Playing is this easy:

If you love the Strat-O-Matic board game, you can purchase the card-image add-on to see the cards displayed on screen and the dice rolls that generated the result. In this way, you can tell whether that big gain happened because the defense was out of position or whether the superior talent of the skill player just dominated.

Strat-O-Matic’s unmatched play value among text sims means you can have all this in half the time it takes to watch a real NFL game. No worries â€œ the fun continues after the final whistle with a stats report that will blow you away! You’ve never seen anything like this â€œ ALL the stats you’d expect, plus drive charts and highlights. An amazingly detailed analysis of play-calling tendencies will let you analyze the keys to victory â€œ or scout your opponent for the next game!

Find out why so many gamers think Strat-O-Matic computer pro football rocks. Join thousands of them in online communities offering each other tips, memories, fellowship â€œ and new Netplay opponents!

How To Play – Hockey Windows Game

With Strat-O-Matic’s detailed player ratings, each man’s strengths Ã¢â‚¬â€œ and weaknesses Ã¢â‚¬â€œ are on display. And it’s up to you to coach them accordingly. Like the real NHL, in most games, superior talent will prevail. But lesser teams can win with more effort. And your attention to detail can give you key advantages at crucial moments. Your inattention can let an inferior team score the goal that turns the game around.

Let the computer set your lines or do it yourself. Do you have best defenders to clear rebounds against the line that is most likely to score on them? Do you have a quarterbackÃ¢â‚¬Â at the point on this power play? Is your top face-off man on the ice for that third-period draw in your own end?

Then just click to start the action. Your players follow your game plan, but you can change strategy at any time. When gaining the blue line, will your men fire away for volume shots on goal? Or will they risk turnovers while passing for higher-percentage scoring chances? Should your top goal scorer rip a slap shot at first chance, or try to blow by a weak defenseman for a dangerous shot from the slot? Does your bone-crunching defenseman risk a penalty to prevent a scoring chance, or does he leave it to your goalie to come up big so that your team can avoid being short-handed? Win or lose, YOU influence the outcome.

Follow the text play-by-play as the scoreboard tallies the shots on goal and counts down the seconds. The game animation will display the puck moving up the ice Ã¢â‚¬â€œ and into the goal, triggering the red light and a siren!

Your opponent can be human or the computer. He can be in your home or a world away with our Netplay option. Or you can let the computer run both teams at super speed to complete full-season replays or to test What-if?Ã¢â‚¬Â scenarios with different lines, trades and drafts.
Connect with the vast SOM hockey community via the built-in blog capability, the Game Lobby function or in online forums. Whether you join a league or play solo, the thrills of NHL hockey are yours.

And enjoy the unparalleled stats report for teams, individual players and specific games, including summaries that even pick the game’s three stars!

How To Play – Basketball Windows Game

Imagine yourself pacing the sidelines in front of an NBA bench, calling out the plays to the stars and supporting cast on the floor. Look for the 3. Run this play for the big man. Drive the lane to get the other team in foul trouble. Double-team the other team’s top scorer who’s been killing you. Press â€œ the other team’s best point guard is on the bench.

Now you’re imagining the experience of coaching in Strat-O-Matic Computer Basketball. Each click takes you closer to the action involving the strengths and weaknesses of every player on the floor.

You’ll start by creating your own match-up of teams, or playing the built-in NBA schedule. Choose your lineups or let the computer do it. Design a plan to distribute the playing time, or let the computer do it in seconds â€œ or wing it as the game evolves. Tailor your strategy both to max the skills of your own team (fast-break at every chance?) and to exploit the vulnerabilities of your human or computer opponent (double-team the only star? Sag to keep the ball away from the big man or defend close to prevent 3-pointers?).

When the game begins, you’ll be no mere spectator, but the coach dictating tempo and tactics. You’ll have to be alert to pick the right times to take the open outside J, or to drive the lane to draw fouls â€œ at the risk of committing your own offensive fouls. No worries â€œ if you are new to such a rich strategy game, Strat-O-Matic’s unique graphics will show you the high-percentage plays. The animation will show you the throw-down dunks.

If this is your first look at Strat-O-Matic Basketball, enjoy a stats report that’s got to be seen to be believed. Start with a highly detailed box score. Track the league leaders in per-game averages or per-48 minutes. The computer tracks season highs and lows, triple doubles, defensive stops, all-star rankings, the MVP vote and way more stuff.

Take advantage of the computer for Netplay (to play against anyone, anywhere), the Game Lobby (to find new opponents), the game’s blogging ability and the online forums where Strat-O-Matic Fanatics gather to share highlights, advice and fellowship. 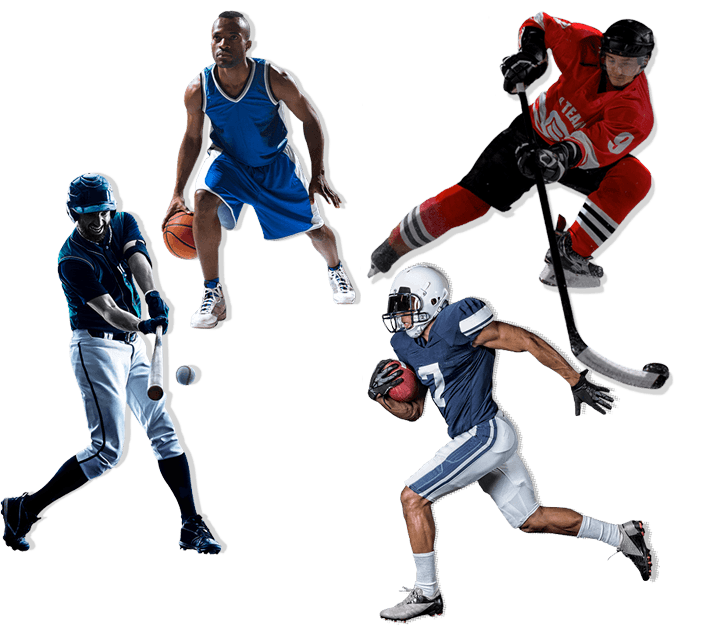